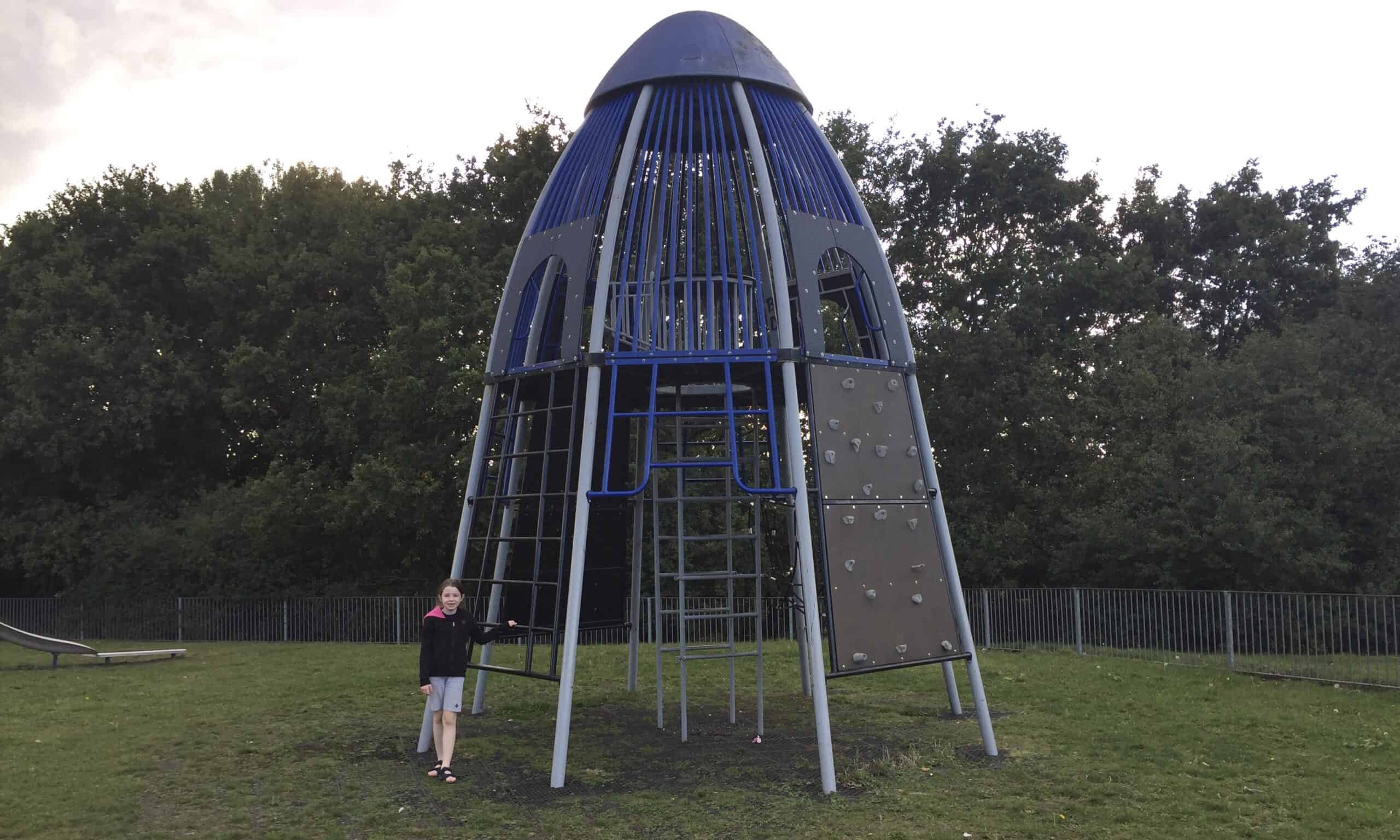 Springfield Hall Park is located in old Springfield, to the north of the town centre. It is home to two football clubs, Springfield FC and Ravens FC, both of which have youth teams. It is run by Chelmsford City Council.

There is one playground at Springfield Hall Park with equipment for both younger and older children. It has recently been updated so is now very modern. It’s small enough to keep an eye on multiple children fairly easily. The surface is now rubber matting so it’s great in summer and winter. If you’re looking for another modern, fully surfaced park, check out Lionmede Park.

The Playground at Springfield Hall Park

While most of the equipment is new, they have kept the rocket climbing frame shown above. There are baby swings, bigger kid’s swings and a basket swing.

The large, rocket shaped climbing frame for older children has bars, netting and walls to climb, my 8 year old really enjoyed it.

At the far end of the playground is the equipment for younger children. There is a small climbing frame with slide, some springers, a couple of baby swings and a seesaw.

There is also a small slide for younger children to enter the park.

There is a zip wire which is great fun for older kids and easy to climb up on, which some aren’t.

The small trampoline in the middle of the playground was a big hit with all the kids.

Springfield Hall Park has extensive football pitches and plenty of space for children to have a kick around when organised matches aren’t taking place. Just outside the playground there are two pieces of outdoor gym equipment. One is a stationary bike which wasn’t working when we visited. The other is a sort of manual running machine with rotating bars to run on, while it’s mainly aimed at adults, it’s clear that kids enjoy it too. These are still available since the referbishment.

There is a good sized car park available with an overflow area that’s opened when football matches are being played.

The postcode for Springfield Hall Park is CM1 7QE. You can find out more on the council’s website.