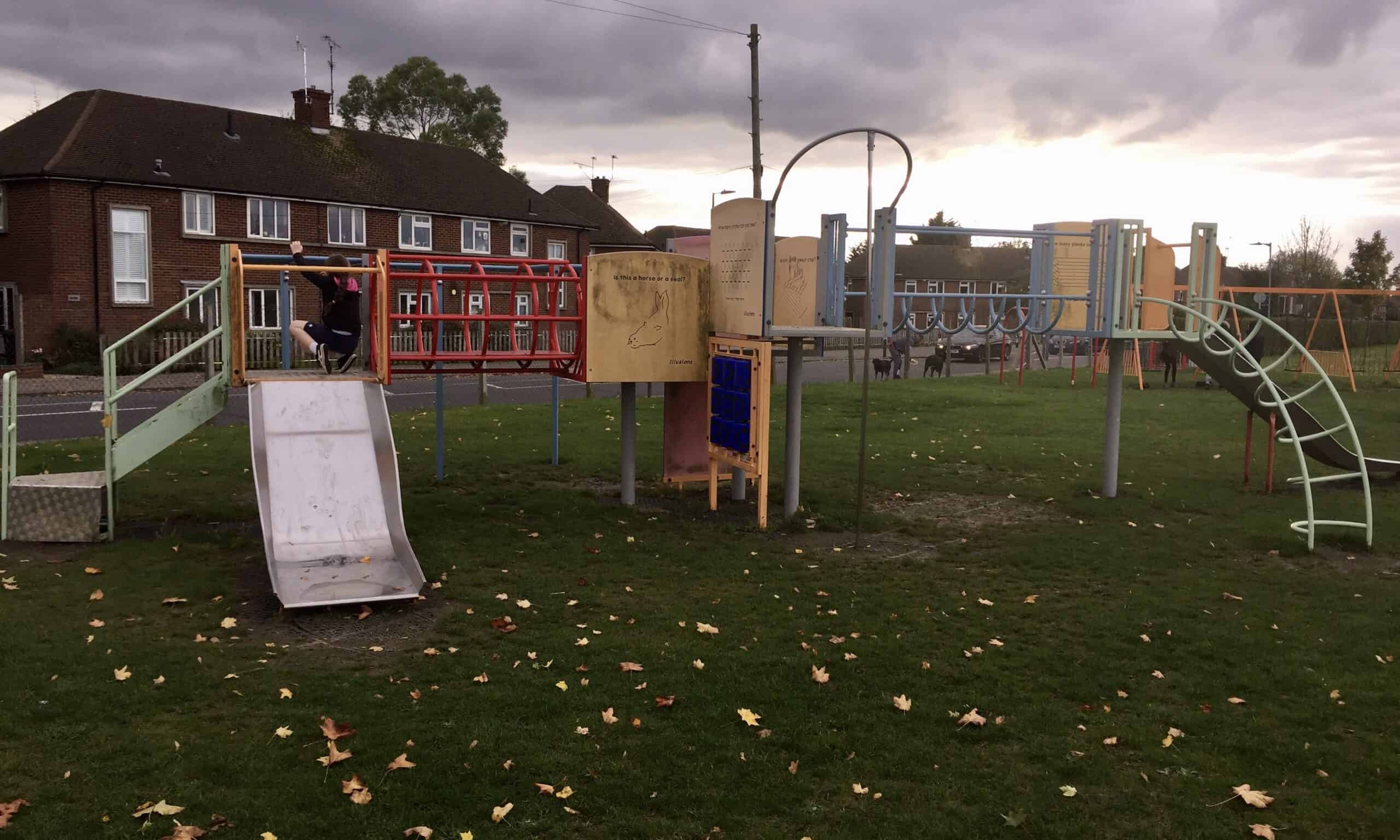 Melbourne Park is located to the north west of the city centre. It is part of the site that houses the Chelmsford Sports and Athletics Centre and Chelmsford City Football team. It is run by Chelmsford City Council.

The toddler playground and the older children’s playgrounds are separate and so it would difficult to manage a group of children of different ages. Both parks have grass surfaces with a little bit of matting which has mostly been covered by grass growth so it is very muddy in the winter.

The toddler playground consists of two baby swings, two standard springers and another springer which is like a seesaw.

There is also a small climbing frame with a slide, cargo net and a bridge.

It is fully enclosed and although it is next to a fairly busy road it is kept safe by a higher fence of the road side.

The older children’s playground has a bank of six standard swings and the frame for a full support swing but the swing itself was missing when we visited.

There are these rather odd shapes for climbing on which my kids tried once and then ignored.

The main feature of this playground is a climbing frame. It includes steps up, a slide, a climbing wall, a tunnel to crawl through a bridge of steps to climb over and a fireman’s pole. For my daughter, the best bit was the extensive monkey bars on one side of it. The frame also has some “trick of the eye” pictures which my son found quite interesting.

Both playgrounds looked very much in need of some TLC with much of the equipment being dirty and covered in green growth. If you love locally it will pass an hour with the kids but it’s one of the few parks in Chelmsford I would say it wasn’t worth going specifically to visit, unless your child is particularly fond of monkey bars. Hopefully it will get an update soon. A park not too far away is Andrews Park or a little bit further towards town, Admirals Park.

Other Features at Melbourne Park

Melbourne Park is primarily a sports location and such offers lots of facilities. There are extensive football pitches, both grass and 3G, tennis courts and a basket ball court. There is also a small woodland area for walks.

There is a large car park available which is shared with the other facilities on site including the football club so it gets very full on match days.

The postcode for the car park at  Melbourne Park is CM1 2EH. You can find more information on the council’s website.