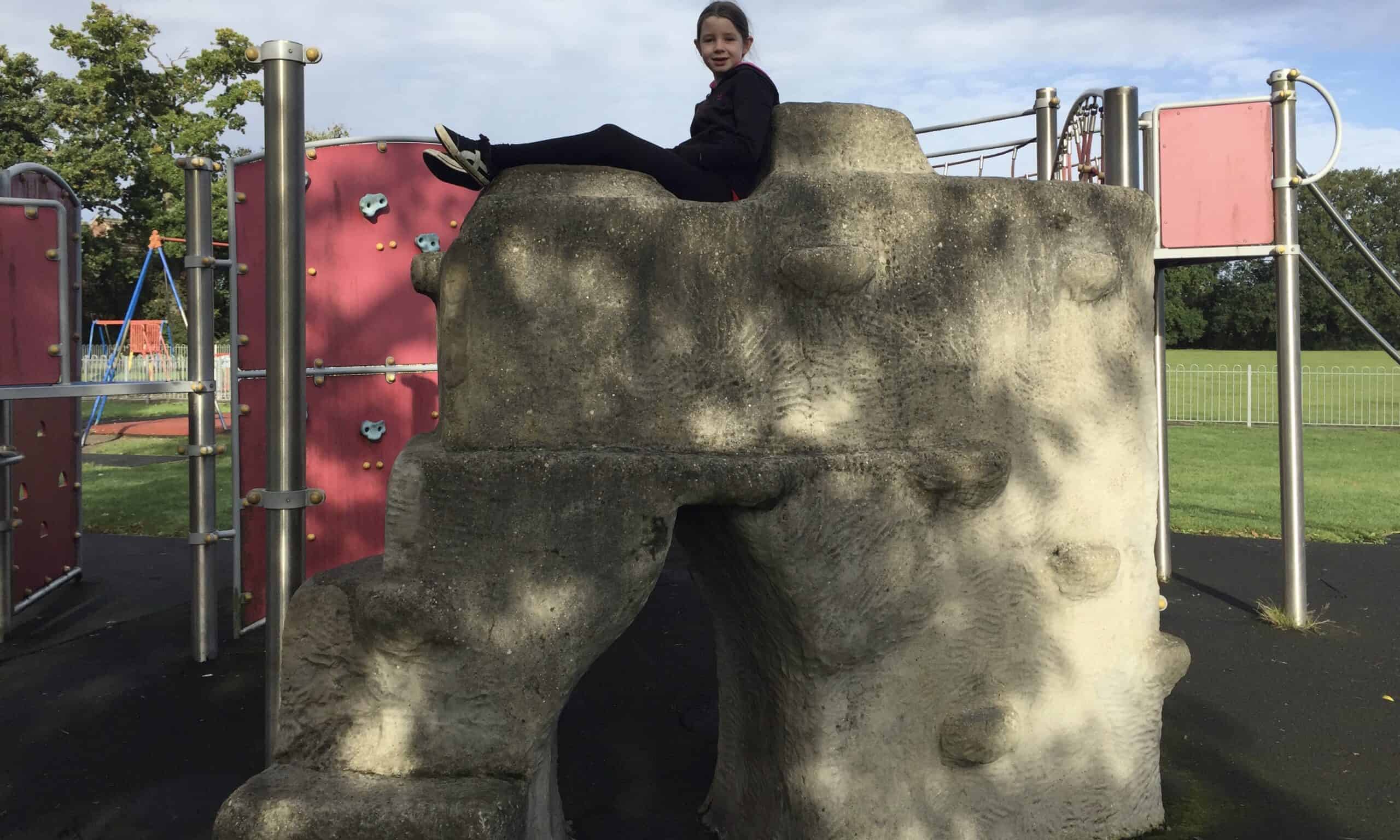 Jubilee Park Galleywood is a playground and green space located on Watchhouse road to the south of Chelmsford City. It is run by Chelmsford City Council.

Jubilee Park has two playgrounds, one for toddlers and younger children and one for older children. Some of the equipment is showing its age but it has some interesting features for older children. If you’re looking for another Galleywood Park, check out Chelmer Park which is nearby.

The younger children’s playground has a set of baby swings, some springers and a small slide.

It also has an interesting climbing frame which includes a tunnel, fireman’s pole, a climbing wall and a slide. There is also a ramp to access it which children seem to love running up and down, Probably because it makes a lot of noise!

The older Children’s playground has a set of swings along with an accessible fill support swing. The rest of the playground is taken up by two climbing structures.

The first climbing structure has Garbo nets to climb across, a wobbly rope bridge, a climbing wall, rails to slide down and a traditional slide. It’s most interesting feature however is the large climbing rock. It has footholds to help children climb and there are number of different routes, some easier and some harder. The top is a comfortable spot for to have a rest and enjoy the view!

The second structure has a sort of standing tire swing, a platform to stand on, a climbing tube up to another platform, a cargo net to climb over, a small climbing wall and bars to slide down. It’s an unusual structure by children who enjoy climbing will find it great fun.

Both parks are mostly grass with some concrete/matting so do get very muddy in the winter.

Other Features at Jubilee Park Galleywood

Jubilee Park also has a green space for having a kick around which includes a football goal/basketball hoop. On the far side of the green there is a small pond.

There is a small car park which isn’t often busy although it is used by parents picking up for the nursery next door. There are no toilets available.

The postcode of Jubilee Park is CM2 8NG. You can find more information on the council’s website.