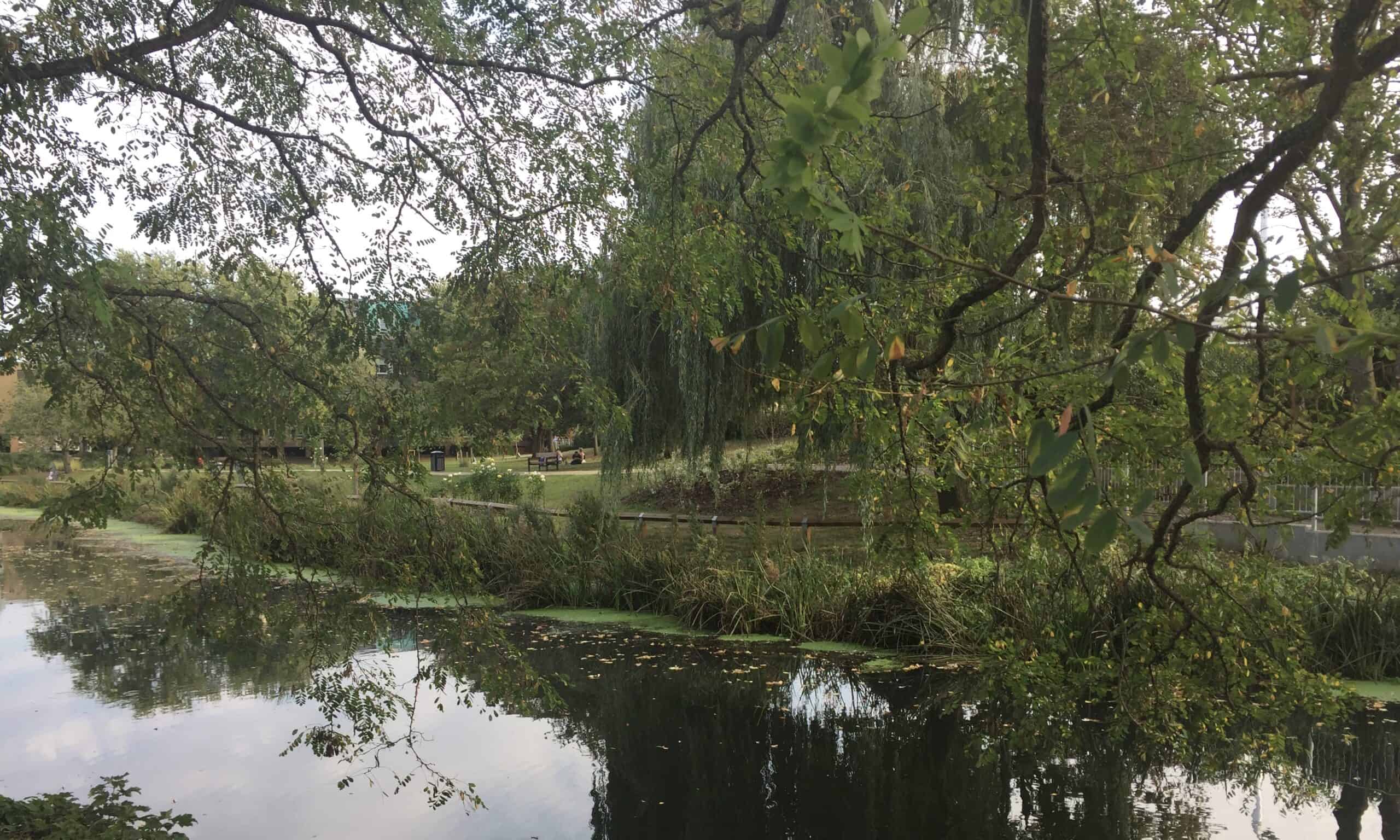 Central Park is, as the name suggests, in the centre of Chelmsford with entrances from New Writtle Street or Bellmead. It is run by Chelmsford City Council.

The playground at Central Park has been recently moved and replaced. It has a good selection of equipment for both younger and older children and it’s easy to keep an eye on multiple age ranges. You can also walk through Central Park to Admirals Park.

There is a small climbing frame, baby swings, a train to sit in and various low balance beams. One of the most popular things for little children is the small trampoline, it’s set into the ground so no worries about them falling off.

The climbing frame is a series of bridges which are great fun to walk over and there is a cargo net and a fireman’s pole. There are also several small “hills” set into the ground which little ones love running up and down.

Play Equipment for the older Children

There are two climbing frames for older children. One has a wobbly bridge, a cargo net to climb across, a slide, a fireman’s pole and a ladder.

The other climbing frame is a circular structure that children can climb to the top of. There are two slides, a cargo net, a fireman’s pole and duel bars for sliding down.

There is also a roundabout, a spinner you can hang from your hands on, a zip wire and a selection swings. My children’s favourite part of Central Park is the large rope climbing structure which has a seat if you’re brave enough to climb that high.

Other Features of Central Park

Central Park has many beautiful old trees, grass areas, beautiful gardens and benches. The River Can runs through it and there is a large duck pond with fountains. There is a good sized skatepark and for the most part the older skaters are very careful of the younger ones (although if they make your child nervous then you might want to try the skatepark at Writtle Road Play Area which is quieter).

There is a small cafe by the lake and are public toilets available just behind it. There is no parking at Central Park but High Chelmer Car Park is close by (charges apply). Alternatively, you can park at Admiral’s Park and walk through to Central Park. There is often an ice cream van near the Bellmead entrance in the summer.

The Postcode is CM2 0RW. You can find more information on the council’s website.