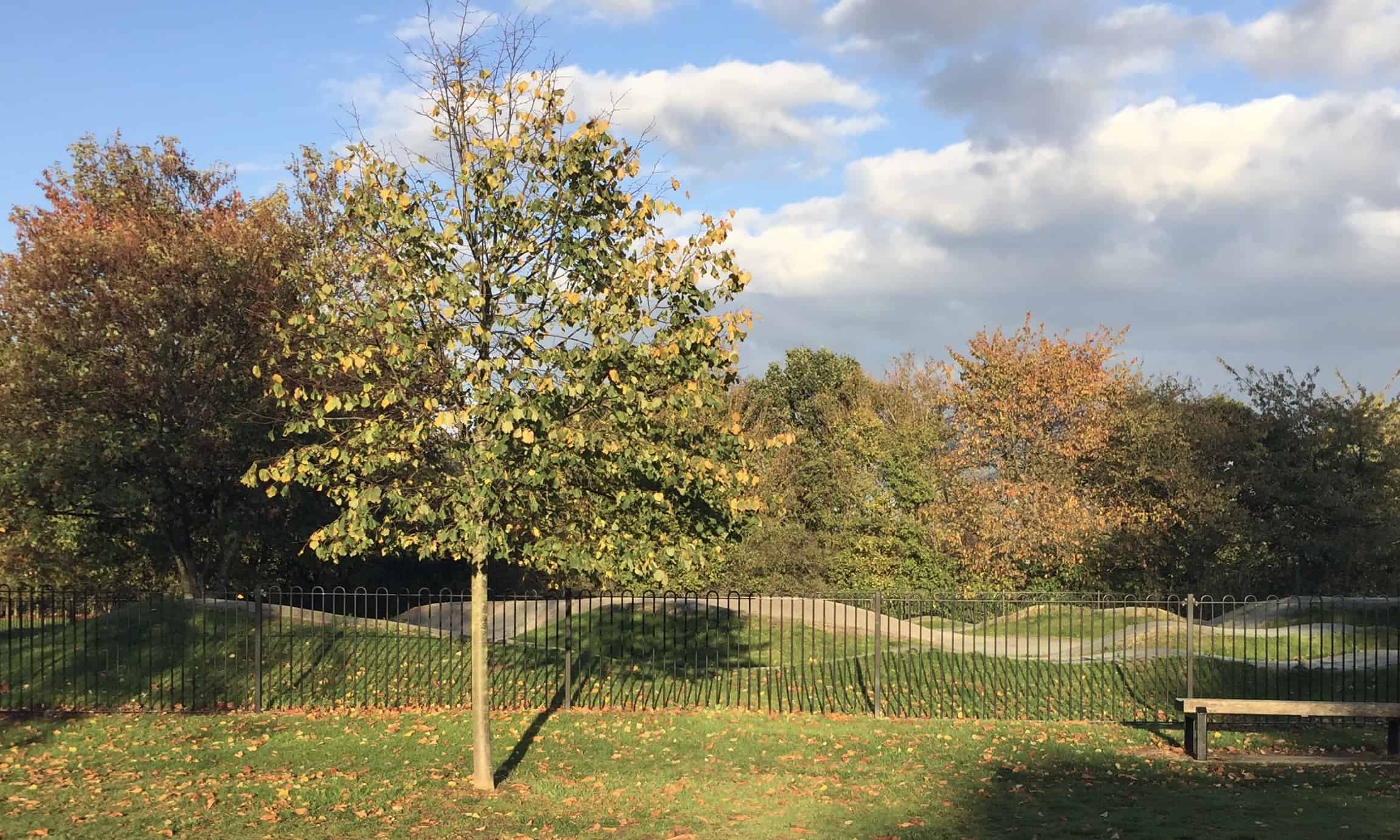 Baddow Hall Park is located in Great Baddow, to the east of Chelmsford. It has a basic playground but the real draw fo this park is the bike track. It is run by Chelmsford City Council.

The park has a large enclosed playground with equipment for both younger and older children. Sight lines are good so it would be fairly easy to supervise multiple children of different ages.

For the younger children there is a baby swing and a full support swing along with a climbing frame. The climbing frame has two slides, ramps, a mini spiral staircase. It is made up of a number of bridges some of which are hills and some are valleys, this seems to be quite fun for toddlers.

There are 4 swings for older children plus a baby swing and a full support swing.

The climbing frame For older children has a slide, a ladder, ropes to climb up, numerous climbing walls and and a spinner which you stand on and then your weight makes gravity spin it round.

In a separate enclosure, there is also a zip wire. It’s a fairly low one so good for children who are just starting to get the hang of zip wires.

The surface is grass with some matting under pieces of equipment. We visited in October after some pretty heavy rain and it wasn’t too muddy. Other playgrounds in the area include Baddow Recreation Ground and Chelmer Park.

The bike pump track is a track with a series of small hills, designed primarily with BMXs in mind but great fun on any type of bike. It is fully enclosed which is great because it stops younger children running onto the track.

There are a number of different routes around the track, suitable for different levels of ability. When we last visited there was every age from toddlers on balance bikes to teenagers on BMX’s having a go.

There is a pleasant wooded area to walk through and plenty of green space for kicking a ball around or walking a dog. There is also a basketball hoop with a concrete area for playing.

There is no car park at Baddow Hall Park so you have to park on the side roads. It’s right next to Baddow Hall School so they get busy around school run times.

The postcode is CM2 7DA. You can find out more on the council’s website.